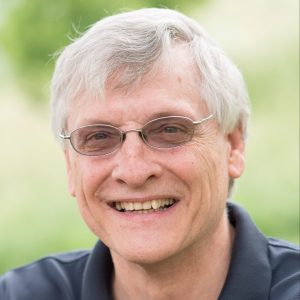 Practicing the Way of Jesus: The Path Toward Spiritual Maturity.

Jesus was given the most important work in human history. The significant question is this: how did he go about his work? Are there specific spiritual disciplines that Jesus practiced that can help us as we follow him in our pilgrimage toward home?

Christopher A. Hall is president of Renovaré.

Dr. Hall possesses a B.A. from UCLA in history, an M.A. in biblical studies from Fuller Theological Seminary, a Th.M. from Regent College, and a Ph.D. from Drew University. He has served in the pastorate overseas (France, 5 years) and in Canada (British Columbia, 2 years). He has also served as Director of Pastoral Care at New Jersey’s only state gero-psychiatric hospital.

Dr. Hall has ministered in Asia, Africa, South America, Europe, the Middle-East, Canada, and the United States. He served on the editorial board of Christianity Today. He has published articles and book reviews in Christianity Today, Catalyst, Christian History, inMinistry, Books and Culture, Christian Scholars Review, Modern Theology, and Crux.

He and his wife Debbie reside in Philadelphia and have three children and two grandchildren. They are members of the Episcopal Church.