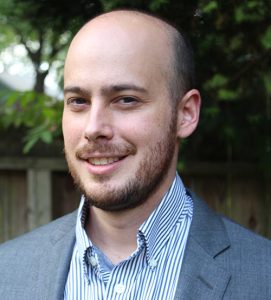 REGISTER HERE. Efforts to evangelize misfire for a variety of reasons. Contrasting two forms of Evangelism, called Billboard evangelism and Pauline evangelism, this talk will explore Paul’s engagement with the Philippian Jailor (Acts 16). Reflecting on Eastern Prison Education Program at SCI-Chester, it will argue that the Church ought to follow Paul’s lead and share Christ with those operating the US prisons, lest the institution’s relentless emphasis on security continue to stifle rehabilitative programming, educational opportunities, and the growth of the Church.

Dr. John Fantuzzo is the Interim Director of Eastern University’s Prison Education Program. John is an educator, philosopher, and community organizer who has worked in and around the criminal justice system for the past 15 years. He has participated in the Children’s Defense Fund’s “Cradle to Prison Pipeline” campaign, co-founded an Outreach Program for court-involved youth at Columbia University, and received certification and taught in the Inside-Out Prison Exchange Program. While at Valparaiso University (IN), John led the university’s prison education committee and partnered with colleagues to expand the university’s prison education offerings. John currently lives in Swarthmore, PA with his spouse (an art teacher) and two children (8, 10). His academic background includes a BA in philosophy from Gordon College, an MA in Philosophy and Social Policy from American University, and a PhD in Philosophy and Education from Columbia University’s Teachers College. His published writings have explored the pedagogical ideas of Max Weber and James Baldwin and questioned the meaning of familiar concepts such as equality of opportunity, human dignity, and transformative education. His research interests, at the most general level, revolve around recognizing and reclaiming respect for persons in modern institutions, specifically schools and prisons. John is thrilled to join Eastern’s innovative Prison Education Program and support everything it offers to returning citizens and incarcerated students at SCI-Chester. He appreciates how closely this program aligns with Eastern’s commitment to “preparing graduates to impact the world through faith, reason, and justice,” and is honored to join a university that sustains and advances this tradition.