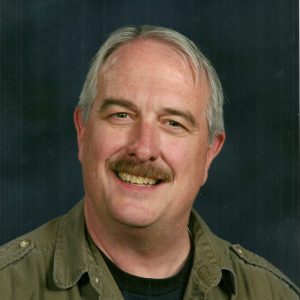 Understanding Military Chaplaincy: the Basic, the Challenges, and the Ethics

When: 10 AM EST
Where: Walton Hall Prayer Chapel and Via Zoom

Mark Moore, a retired Air Force Reserve Chaplain, will share with us some basics on military chaplaincy – how does one become a military chaplain? What are the requirements to be considered if one feels called to this area of ministry? How does one maintain their own faith tradition integrity while serving those of many faiths, including those of no faith?
Additionally, having served at every level – from a chaplain to an Air Force Wing to serving as an advisor to senior military leadership – including the Chairman of the Joint Chiefs of Staff – he will share the differing responsibilities and roles chaplains assume as their careers progress.  We will also discuss some of the ethical issues involved in serving as a spiritual leader in the military.

The Rev. Mark D. Moore was born and raised in Norwood, PA and graduated from Yeadon High School in Yeadon, PA in 1973. He graduated from the Delaware County Community College (A.A. 1975), Eastern College (B.A. 1977), and the Eastern Baptist Theological Seminary (M. Div. 1980, M.A.R. 1981). He was ordained a Deacon in the Eastern Pennsylvania Conference of the United Methodist Church in 1979, and was ordained an Elder in 1982.

While mobilized, he spent three years as the Deputy Command Chaplain at the Headquarters of the U.S. Joint Forces Command in Norfolk, VA and two and a half years as the Deputy Religious Affairs Advisor in the Office of the Chairman of the Joint Chiefs of Staff at the Pentagon in Washington, D.C.

Following his release from active duty military service, he continued his service as a traditional reservist, serving as the reserve assistant to the Command Chaplain of the United States Air Force Reserve Command. After 30 years of service, he retired in June 2009 with the rank of Colonel.

Mark has been married to Karen (Dearstyne) since 1977. They have one adult son, M. Dustin Moore, who is married to Kristyn DiDominick. They are the proud grandparents of Melody, born in 2015, and Madalyn, born in 2018.

Mark has served on numerous boards of both church and community agencies throughout his career. He has a strong passion to see people come to faith and grow in their faith as they strengthen their passions and gifts. He has served as a mentor to numerous ministerial candidates, and has a strong desire to see young leadership develop their abilities to inspire and lead faith communities.