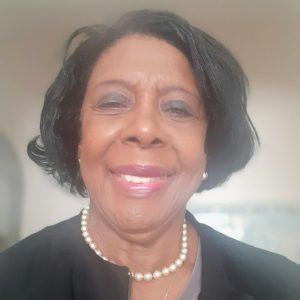 Wendy Evangeline Ryan is the Founder of Evangeline Ministries, a Life Skills Program for HIV positive and other disadvantaged women in the township of Masiphumelele, Cape Town, South Africa. EM teaches Basic Sewing, Computer and English Skills as well as Bible lessons, to a capacity 48 students annually in two six -month semesters. Upon successful completion of their course, Evangeline Graduates are each given a new sewing machine and a Bible as well as certificates of their achievements.  More than six hundred students have graduated from this program which gives them hope in Christ and skills to uplift them both economically and help them serve their communities. EM is the first of its kind in Cape Town and is a template for other ministries.

On Saturday December 12, 2015, Wendy Ryan, founder and missionary of was awarded the Doctor of Humane Letters from her alma mater, Eastern University at their winter commencement for her ground breaking work with HIV positive women in the township of Masiphumelele, Cape Town, South Africa.

Robert G. Duffett, then President of Eastern University described Ryan as, “a passionate and dedicated worker who has devoted the last 35 years of her life to work as a journalist, speaker and servant in the church.”

From 1979 until 2005, Wendy served the church both nationally and globally in her work as a journalist and Public Relations and Communications specialist with The American Baptist Churches, USA, Eastern College and Seminary and the Baptist World Alliance.