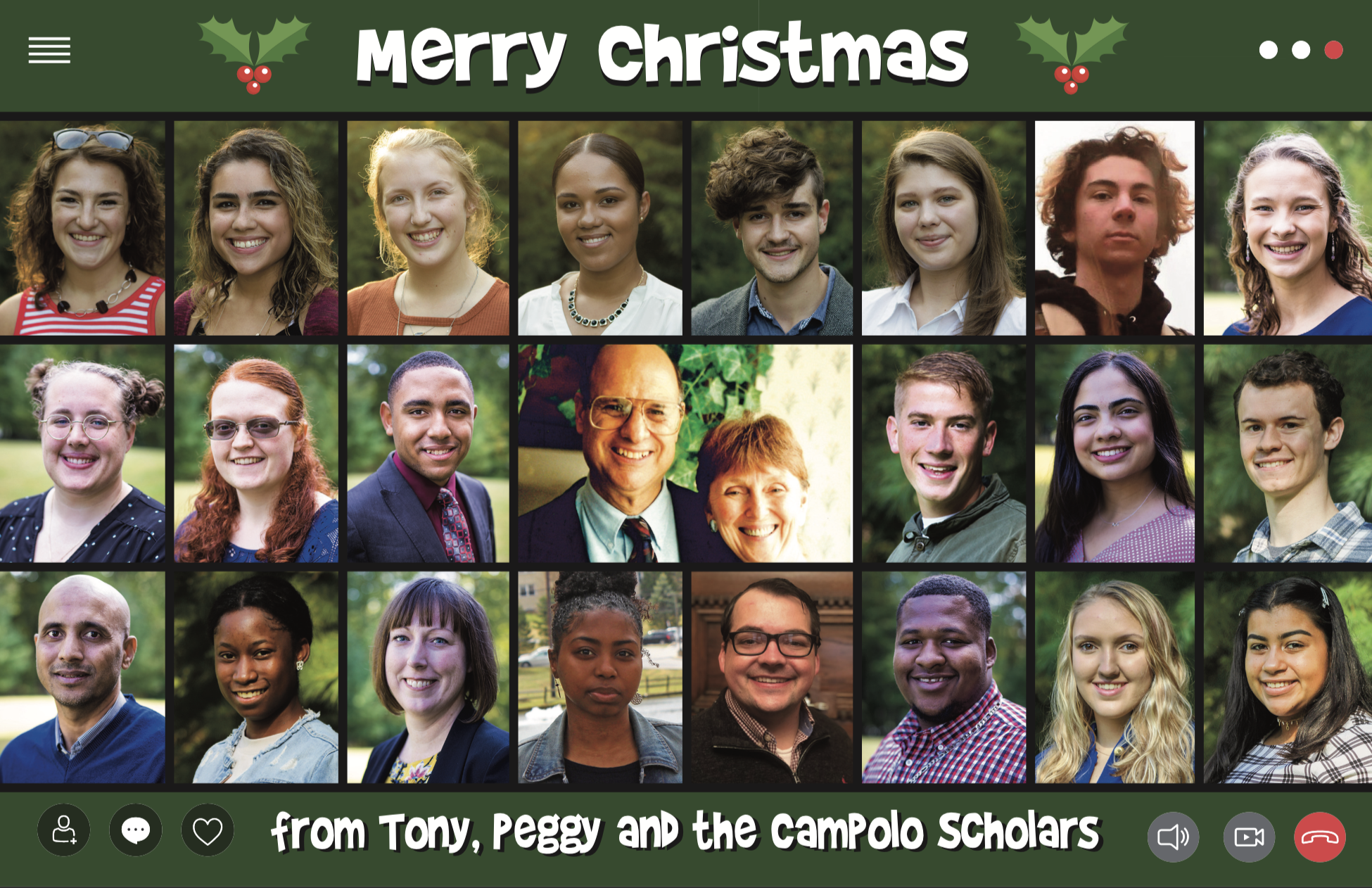 When Tony asked to schedule a Zoom meeting so we could record some video messages, I was, of course, happy to oblige and quick to ask if he’d like to record a brief Christmas greeting to all of his and the Campolo Center’s friends and supporters.

What I thought would be a two-minute soundbite, turned out to be one of the most beautiful and profound Christmas homilies I’ve ever heard, where Tony eloquently and compellingly preaches about the revolutionary significance of the Christmas story, the incarnation of Christ in the world, and in us.

Of God Emmanuel. God with us.

While Tony is still recovering from his stroke – which has resulted in pronounced Bell’s Palsy and impaired speech – this is quintessential Tony preaching… the prophetic voice calling and challenging Christians and the Church to faithfully follow Jesus and participate in the work of making God’s Kingdom known on earth as it is in heaven.

In the midst of the recording, we experienced technical difficulties while Tony was reciting one of his favorite Christmas poems by one of his favorite poets, Lawrence Ferlinghetti. We segment the video and provide the text of the poem between parts II and IV of Tony’s sermon. (Don’t forget to scroll down for the last video.)  As you and your loved ones remember and celebrate the birth of Jesus, the newborn King, I hope you’re as inspired, encouraged, and challenged by Tony’s Christmas sermon as I have been.

On behalf of Tony, Peggy, the Campolo Scholars, and all of us at Eastern University’s Campolo Center for Ministry, we wish you a joyful and holy Christmas.

Christ Climbed down
from His bare Tree
this year
and ran away to where
no Bing Crosby Carollers
groaned of a tight Christmas
and where no Radio City angels
ice-skated wingless
thru a winter wonderland
into a jingle bell heaven
daily at 8:30
with Midnight Mass matinees

Christ Climbed Down
from His bare Tree
this year
and softly stole away into
some anonymous Mary’s womb again
where in the darkest night
of everybody’s anonymous soul
He awaits again
an unimaginable
and impossibly
Immaculate Reconception
the very craziest
of Second Comings.