Home » May I ask for your prayers?

May I ask for your prayers? 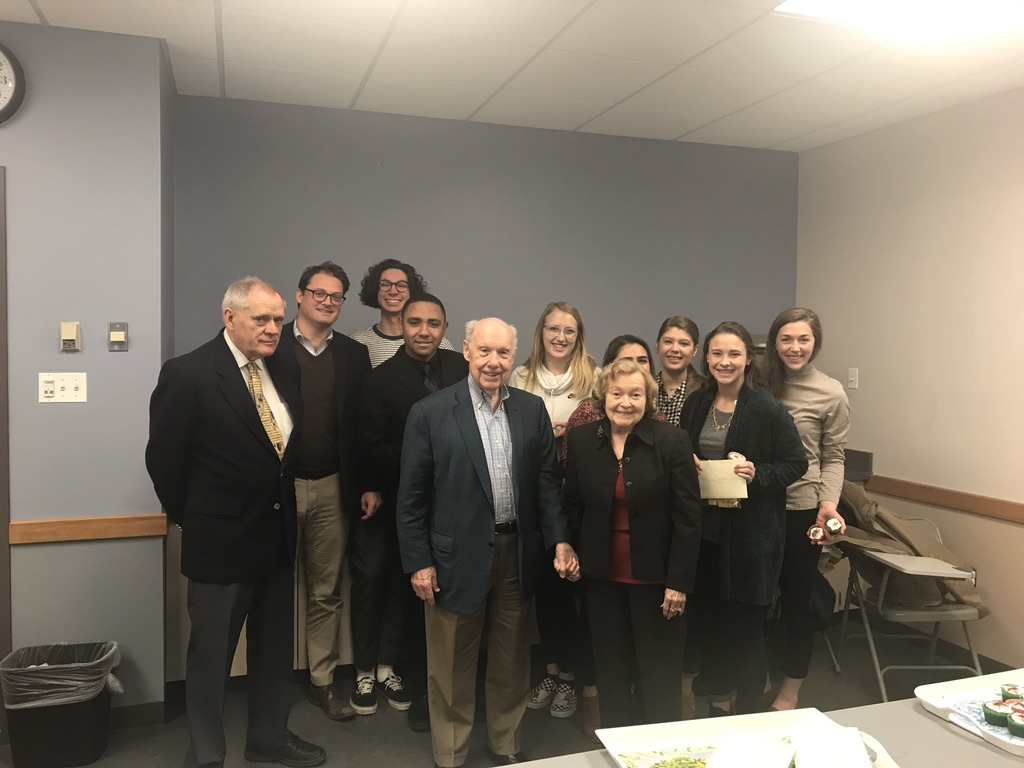 It’s Finals Week here at the Campolo Center for Ministry.

Our students are being challenged to demonstrate the knowledge and wisdom they’ve gained throughout the semester. They’re tired. They’re stressed. They look forward to spending time with family and friends during Christmas break. But their weariness didn’t prevent them from coming to our final weekly meeting of the fall semester.

Each Monday, we gather in McInnis 107 – an ordinary classroom that has become a vibrant meeting place filled with extraordinary discussions.

Students take turns leading weekly devotions from a favorite text of scripture. Some weeks we discuss the sermons and lectures of visiting Campolo Fellows. Other weeks we learn from Dr. Tony Campolo or Dr. David Bronkema, the Dean of Palmer Theological Seminary.

Regardless, each weekly meeting has been a time to connect and deepen our friendship and community. To learn from, pray for, and encourage one another.

This week we were pleased to be joined by two very specials guests: Ken and Irene Campbell, friends of Tony and Peggy and generous supporters of the Campolo Center and its scholars. They brought baked goods, snacks, and Christmas cards to share with each of the Campolo Scholars to encourage them in their exams. 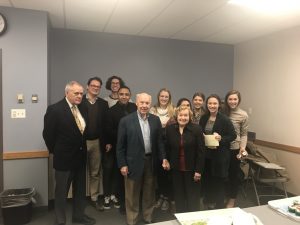 Dear friends of the Campolos and key stakeholders of the Campolo Center and Scholars program, Ken and Irene Campbell with the students and special guest and Visiting Campolo Fellow, Dr. Wes Granberg-Michaelson.  Dr. Granberg-Mischaelson is the former General-Secretary of the Reformed Church in American and author of Future Faith: Ten Challenges Reshaping Christianity in the 21st Century.

Will you commit to praying for our scholars during this critical time in their educational career? And, will you prayerfully consider giving to the Campolo Center for Ministry?

PS. Thank you for your partnership! We would love to hear from you before December 31st.