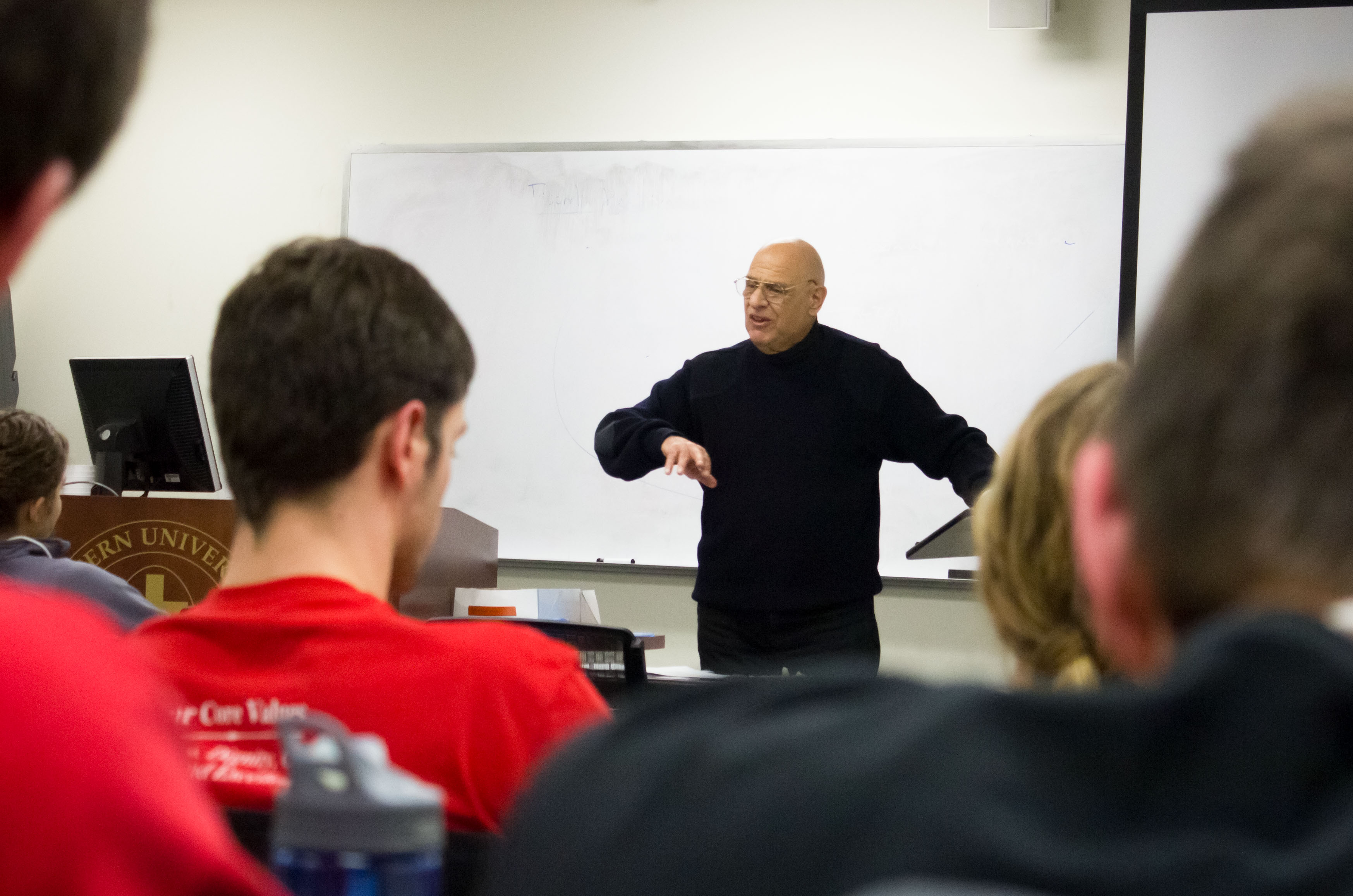 Tony was in his element this semester teaching Social Institutions and Justice, an upper-lever Sociology class, to 40 Eastern students.  It was a fascinating course and I was fortunate to be able to attend three of Tony’s lectures with some of our friends and supporters.  If you’re curious about what the course covered, you can review the syllabus below.

And you can peruse the full album shared at the Campolo Center for Ministry’s Facebook page: https://www.facebook.com/campolocenter.

Join Tony in building the next generation of leaders for the church! We are trying to raise $100,000 in preparation for the arrival of our first class of Campolo Scholar college students!

We have so much to cover in this course, and so much of what we will be covering will be controversial. I will do my best to make sure that basic sociological concepts are covered, and I will hopefully get good comments and arguments from the students during our class sessions. I am very pleased to be back in the classroom, and am exceptionally pleased with teaching this particular course.

Strange as this may sound, I will be making every effort to make this course not only educational, but a great deal of fun.