Serving the Church – Home and Abroad 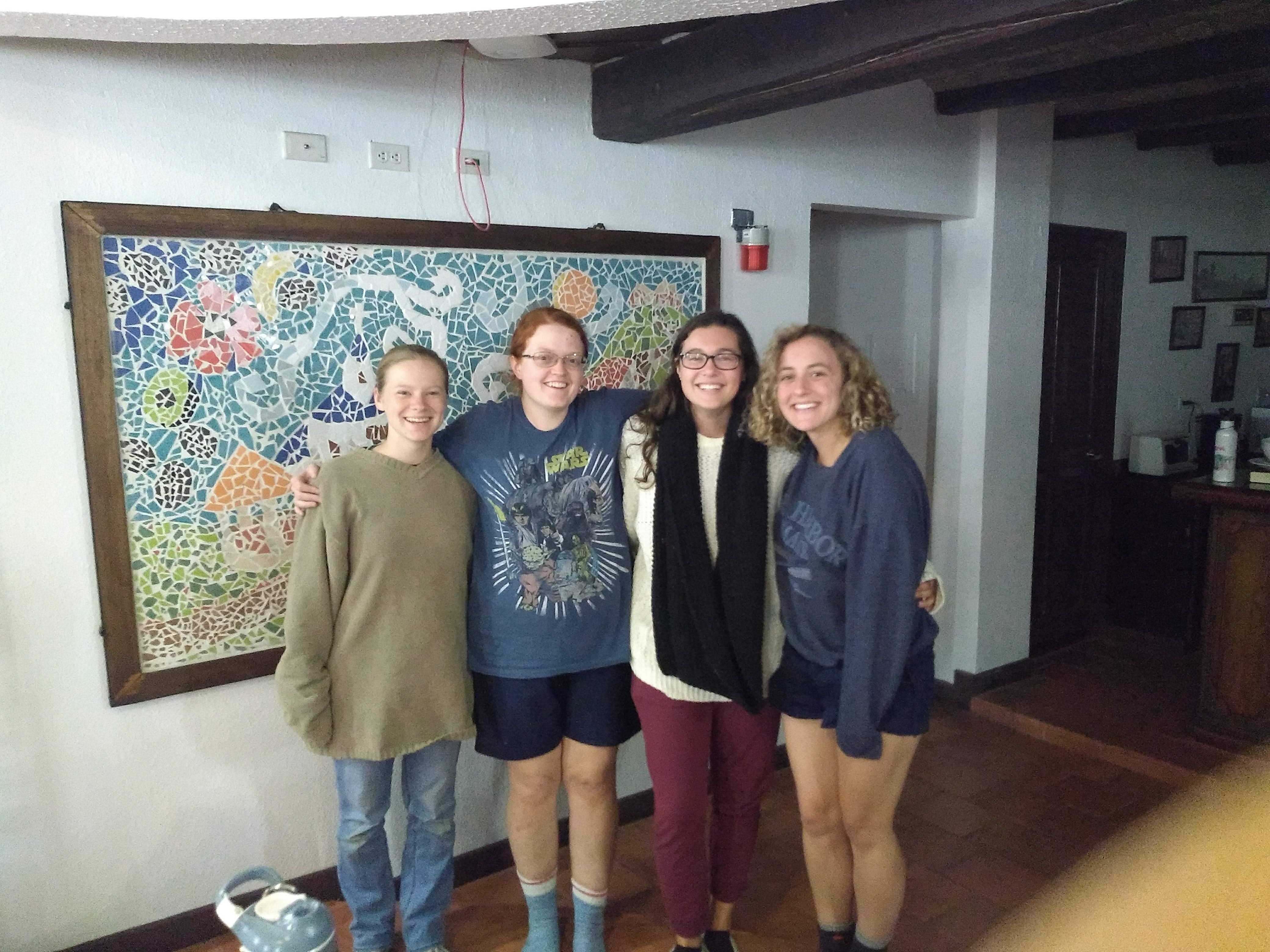 When I was young, I never imagined that being a missionary would be part of my future. Animals were my passion. However, as I grew older and was exposed to the stories of missionaries and what Scripture has to say about the mission of the church – my vision changed.

This led me to Eastern University, though when I began my student career I had never heard of Tony Campolo or the Campolo Center for Ministry. It wasn’t until I read Shane Claiborne’s book, “The Irresistible Revolution,” that I first encountered Tony Campolo. When I discovered that Shane had been one of Tony’s students, I decided that I’d like to learn under Tony as well. I was given the opportunity to work in his office and it was there that I learned about the Campolo Scholars program and applied.

Being a Campolo Scholar is part of how I am pursuing God’s call on my life to love and serve like Jesus as a missionary. God has even given me the opportunity to serve in Puerto Rico!

When I first visited Puerto Rico, several years ago, it was quite a challenge. I struggled to understand what people were saying because of the language barrier. Yet, this hurdle presented me with opportunities to practice humility, develop a listening heart, and serve others. For example, I once attempted to have conversations in Spanish with children playing sports at a community center. I was able to show them, from my bilingual Bible, that they are important to Jesus and the Kingdom of God (Luke 18). Another time, I had the opportunity to read aloud the Scriptures in Spanish to a discouraged, elderly woman. It didn’t matter that I struggled through the reading; this woman found love and encouragement in God’s Word and from the time I spent with her.

Abi (second from left) and her new friends from the barrio that she walked to school with each day.

One thing I love to do in Puerto Rico is to attend church with the locals. On one particular Sunday, as a woman preacher was speaking, she pointed to our mission team and said, “Eres eligino” – “You are chosen.” She challenged us to value the calling of the Lord over our lives. It was at this moment that I decided to march forward in life in the name of Jesus, following the beautiful call he has given me. I now know that the call to missions is a part of who I am. I am a messenger for Jesus to the Latin American community, both in the US and abroad.

Our LORD was the bridge between the Father and all of us, bringing the gospel of peace and love. Just as Jesus stepped into the culture of humanity to understand our circumstances, I desire to do the same with the people he has placed on my heart.

Some might say that my dreams are far-fetched. Often, dreams about ministry are. I do not know exactly what is to come in my future ministry. But I do know that I am available to God. And, because I cannot prepare myself for this calling alone, I am so grateful for the opportunity to be a Campolo Scholar and have guidance, mentoring, and friendship along the way.

P.S. Just a reminder: We’re continuing our special celebration of Tony Campolo’s 84th birthday this month!   All donations to the 84 for 84 Campaign are matched, dollar-for-dollar, to meet a goal of raising $84,000 for Campolo scholarships for students like Abi. Thank you!