Home » They Met Jesus Through Dance

They Met Jesus Through Dance 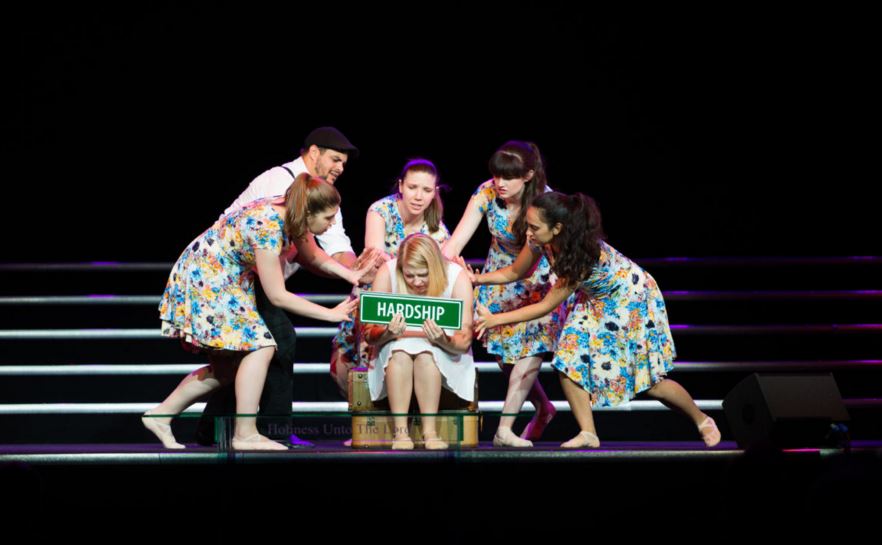 Emily Pastin knows declining church attendance is a problem around the country. But it won’t be at her church…not if she has anything to do with it.

Emily’s grandmother lived in a tough economic time. But she wanted to learn to dance, and kept learning wherever she could. Eventually she leveraged her passion into a business, opened several dance studios in the Pittsburgh area, and turned dancing into a ministry.

As a result, Emily grew up around dance, and eventually found her way to the Salvation Army, where music (and more recently, dance) has always been a big part of the culture.

“Before I came to school, I took a year off, and taught a free dance workshop at a Salvation Army rec center. I had 10 girls ages 6-8 from a rough neighborhood, and they had never been able to have a dance class. They started to ask questions about the Lord as they got comfortable with me—very innocent and simple questions, but such important questions.”

Now she wants to build on that experience.

“I’m normally pretty shy,” she observes, “but during my time in the Campolo Scholars Program, God is motivating me to reach out to people I normally wouldn’t reach out to—to seek to have an influence in people’s lives, and build community.”

Emily says she is excited to learn from someone like Tony Campolo, who has been so immersed in Christian culture for so long. She wants to emulate what she sees, and channel it into her own passion: the arts.

Emily sees church attendance going down, and she attributes it in part to people not succeeding in connecting their faith to the other parts of their life. “Church isn’t just Sunday morning—pray, worship, hear a sermon—it’s what you do all week, how are you the Body of Christ, how are you getting involved.” Practical skills classes open doors—she has seen kids start by coming to lessons and end up coming to church long-term. Partly it’s because the arts tend to form your mind, and make you want to ask deeper questions—and partly it’s just because it gets people in the door. “I for one attend church almost seven days a week because of the arts!” she laughs.

“If you look at the Bible, you can see so many times where music and dance is used to the glory of God. My hope is to open a Christian dance studio that can help girls like the ones I met in that class grow through dancing and in their faith.”

About the Campolo Center

The American church is in decline in our post-Christian, secular society. Churches are closing, and our best and brightest are not entering ministry.

Meet the Campolo Scholars: A Year in Review

Michelle Mile’s Story: What we need from the next generation of Christian leaders