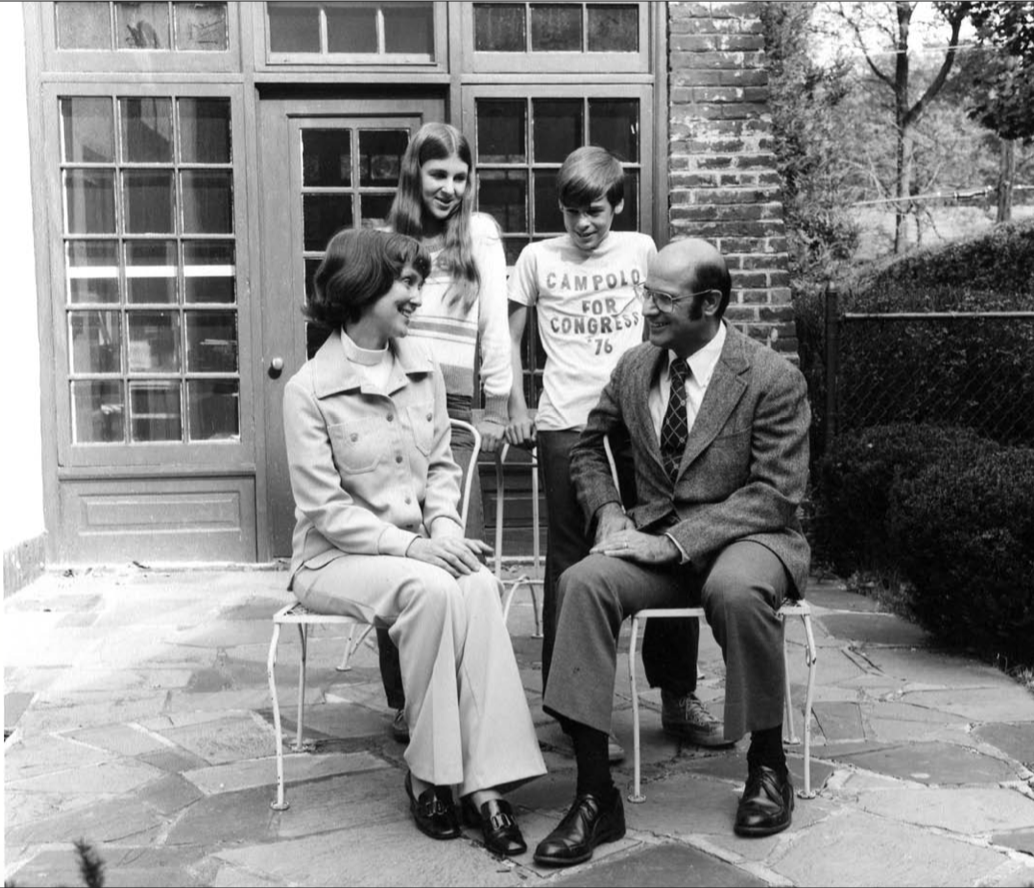 We hope you will join in celebrating Tony’s birthday later this month! Click here to learn more about how you can attend.

But first, let’s get in the birthday spirit with a Tony Trivia Quiz!

A: University of Pennsylvania Hospital. Tony was born sickly and stayed in the hospital for four months. He bonded so closely with his attending doctor and nurse that Tony’s parents would invite them over for dinner after he moved home from the hospital.

2) What famous NBA basketball player did Tony compete against in high school?

A: Tony was an avid athlete in high school and at Eastern College. His favorite sport was basketball. In high school, Tony’s West Philadelphia High School was rival to Wilt Chamberlain’s Overbrook High School. When Tony and West Philly played Wilt and Overbrook, the strategy was for Tony to double-team Wilt and try to distract him with Tony’s wisecracks. It never worked. Wilt and Overbrook won. Wilt and Tony were members of Mt. Carmel Baptist Church, where Wilt’s memorial service was held after his death 1999.

3) Which of these famous individuals has Tony met?

A: All of the above! Tony has met Albert Einstein, Fidel Castro, Mother Theresa, and John Grisham.

4) How many degrees has Tony earned from Eastern (College) University?

5) Which of the following television programs has Tony been featured on?

A: All of the above! Tony has been featured on: The Colbert Report, Nightline, Crossfire, The Charlie Rose Show, CNN News Fox News, and MSNBC News.

A: In November 2012, Tony Campolo received a Lifetime Achievement Award from the National Youth Worker’s Convention. The wording on the award is: “Award of Lifetime Achievement is proudly presented to Tony Campolo who has defined and courageously pioneered what is means to encourage, care and lead students, possessing the qualities that inspire us and provoke us to continue the journey into the future with boldness and confidence. As a result of Tony’s life of ministry and leadership he has left a legacy of encouragement and hope to youth workers and students everywhere.”

7) Tony’s mom wouldn’t allow him to play football in high school. What did Tony do to ensure he could attend every football game, including away games?

A: He joined the cheerleading squad!

Back row, far right: Tony Campolo – with hair – as a cheerleader!

Let’s make Tony’s 87th birthday celebration one to remember. Click here to learn more about how you can attend. Thanks for planning to be part of Tony’s big SURPRISE birthday bash!