Home » Congratulations to the Newlyweds!

Congratulations to the Newlyweds!

I have exciting news to share with you today!

He developed the curriculum, Bible studies, and schedule for pastors who participated in the weekly Peace Camps. 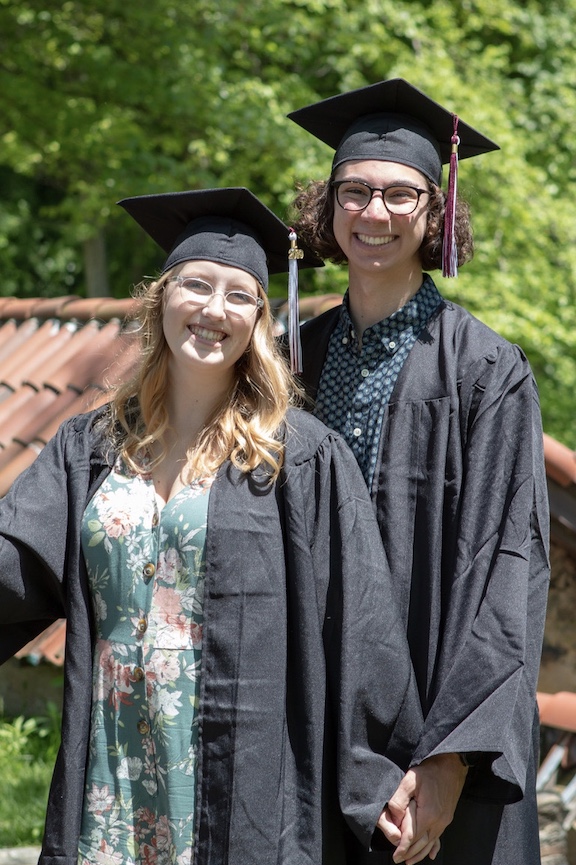 Campolo Scholars, Michelle and Jon, at Eastern’s May 2019 Commencement.
The couple has moved to northern Virginia to pursue opportunities for vocational ministry.

Because of their time as Campolo Scholars, both Jon and Michelle have a range of opportunities to consider with churches and church-based ministries.

Would you pray for them as they’re currently being considered for ministry roles at a church in Virginia?

And, would you also prayerfully consider joining us now in the effort to raise $21,000 at the end of our ministry year to recruit, support, and train more church leaders like Jon and Michelle?

Your partnership is changing the future of the church. Thank you and God bless you!