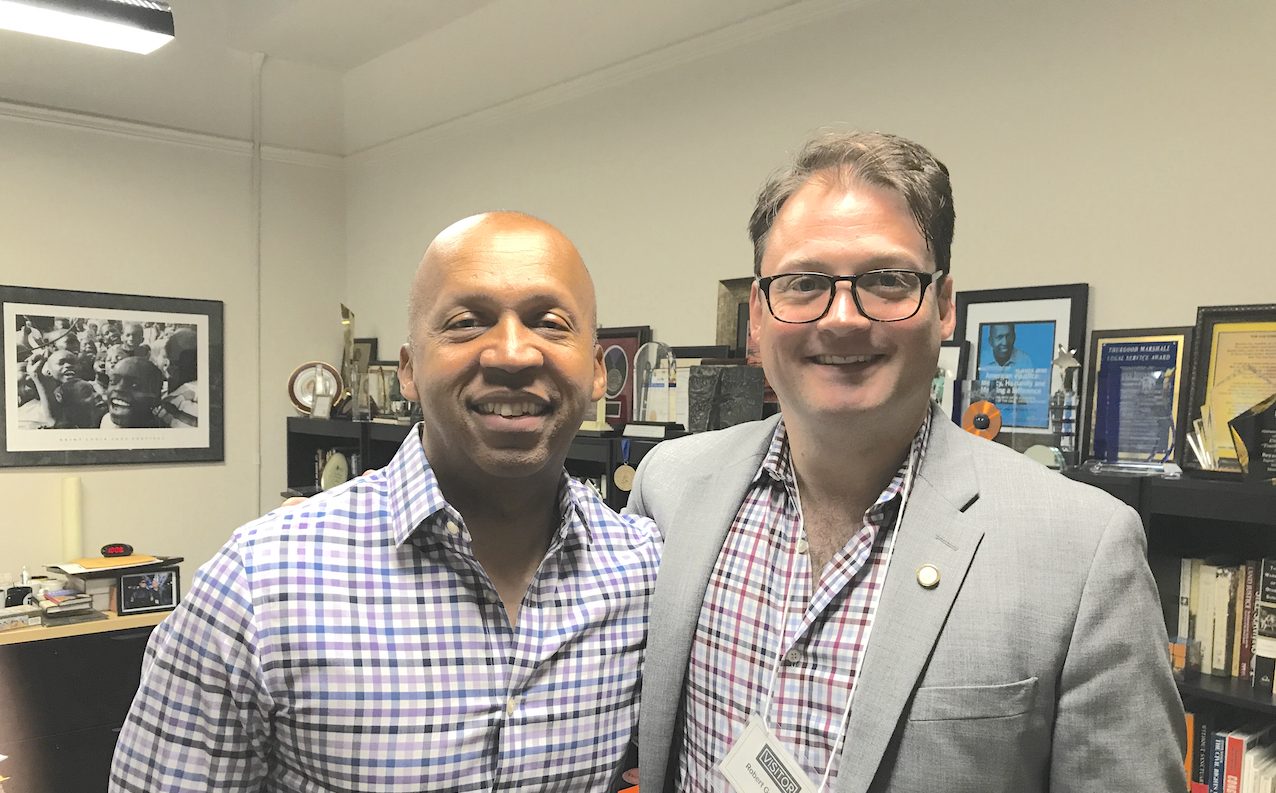 Today I’d like to tell you a story… Long before we launched the Campolo Center for Ministry, Tony and Eastern University were inspiring, educating, mentoring, and training young leaders to follow Jesus and serve their communities. Today, we call these students Campolo Scholars.

Righ Enjoy this image of Robert visiting Bryan recently at the EJI office in Montgomery, Alabama. One of these leaders is Bryan Stevenson. Bryan is an Eastern University Alumnus and the founder of the Equal Justice Initiative

In 2015, Bryan was named one of the 100 most influential people by TIME magazine!

Bryan has devoted his life to fighting racial injustice in our nation.

He authored the book Just Mercy, and HBO produced the documentary “True Justice: Bryan Stevenson’s Fight for Equality,” an intimate portrait detailing Stevenson’s struggle to create greater fairness in the system, illustrating how racial injustice emerged, evolved, and continues to threaten the country, and ultimately, challenging viewers to confront it.

For a limited time, you can watch the documentary for free! You won’t want to miss this compelling and inspirational story of one man standing up and making a difference. The documentary is available for streaming until July 31.

We at the Campolo Center and Eastern University are so proud of Bryan.

And we are thankful for all of you who partner with us to raise up future leaders to serve the church and make a difference – just like Bryan. Thank you and God bless you!