Home » Helping Leaders Respond to a Call To Ministry

Helping Leaders Respond to a Call To Ministry 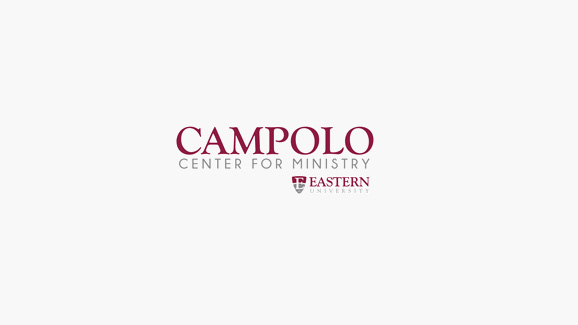 The Challenge
Four years ago, I defined the challenge facing today’s church by writing about “A new and biblical way to extend a call to ministry.” Here is how I kicked off this article, that also served as the rallying cry for the start of the Campolo Center for Ministry: “We’re not doing it right! Some of the brightest and best young men and women fail to be called into church vocations. It’s no secret that churches grow or decline, depending on the preaching and leadership skills of their pastors.

Yet we’re letting many of the best possible candidates slip away from us. That is largely because we are not following the Biblically prescribed way of calling young people into the ministries of our churches. There’s a better way.

I then talked about how the Book of Acts shows that it is the Church that should do the calling into vocations of leadership. Spiritual leaders in local churches should seek out the young people who have “the gifts” for preaching and leading and then plan to extend the call to them. And then, after extending the call the promise should be made that if the answer is “yes,” the church will stand behind the candidate with prayer and financial support.

This latter point is crucial, for many of those who go through college and seminary to prepare for the ministries of the Church do not get to live out their calling. After paying for years of training, upon graduation they are so deeply in debt that they cannot afford to serve in church vocations that usually provide very low salaries.

Four years later, we have good news: The Campolo Center for Ministry (CCM) is working!

The prayers and financial gifts from you and hundreds of others have allowed the very best pastoral candidates to prepare for ministry – and in combination with their local churches, CCM is providing both the financial support and the spiritual guidance to help prepare these future leaders.

Each year, we have chosen Campolo Scholars from among the candidates that churches have encouraged and vetted. Our dream is that scores of Campolo Scholars will be prepared for ministry – and will start their ministry service with no student loan debt.

Under the leadership of our Executive Director Robert Gauthier, the Campolo Scholars training now encompasses:

All these times of regular interaction are on top of the robust academic training that Campolo Scholars receive at Eastern University or Palmer Theological Seminary. The results are remarkable – with Campolo Scholars prepared for fulfilling the calling that their churches have helped them to hear from God.

As I wrote four years ago: “When a church calls someone to pastoral ministry or to do missionary work, the church should do its best to provide the financial aid so that the candidate can graduate debt free.” Working together with the Campolo Center for Ministry, local churches are able to select and support candidates for ministry just as the Book of Acts called us to do 2,000 years ago.

Thanks so much for your prayers and financial support of the strategic work of the Campolo Center. Please keep praying and giving!

Here is the link for tax-deductible giving: https://www.alumni.eastern.edu/ccm—campolo-center-fund?chid=3

Thanks to you, the Campolo Center for Ministry is working!

Recent News: Meet the Campolo Scholars Series
Ally Bartlett: In Her Own Words