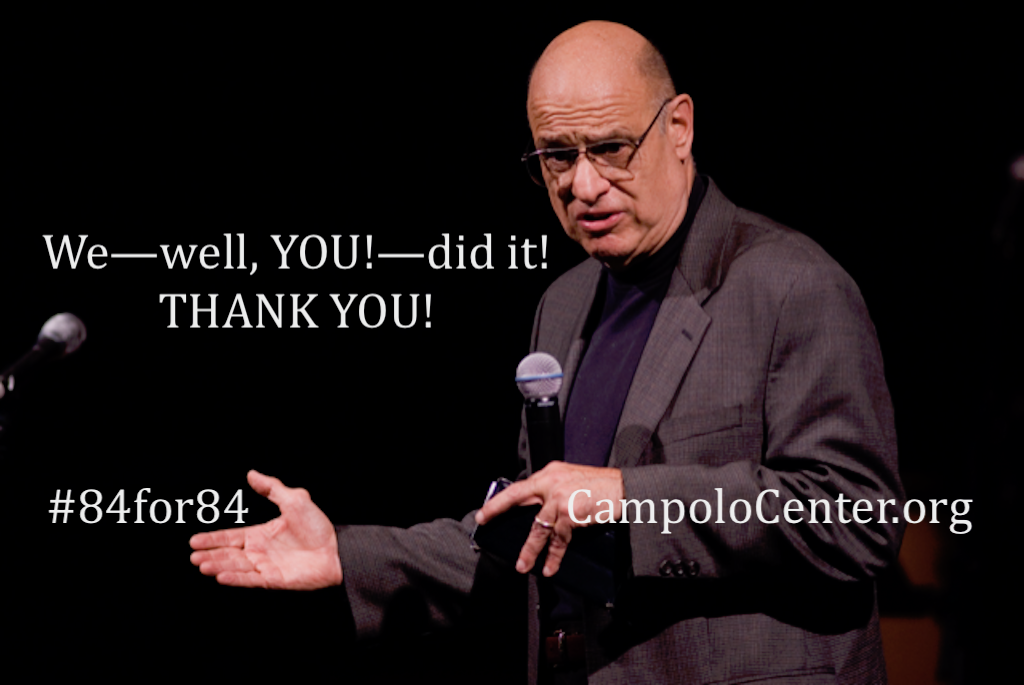 Thanks to you, we did it!  Including gifts received and pledges made, we reached our goal of raising $84,000 for the Campolo Scholarship Fund in honor of Tony’s 84th birthday. Thank you for participating in the 84 for 84 Campaign and making it a success, in the shortest month of the year no less.

Your donations and birthday wishes are a huge blessing and encouragement to Tony, and the impact of your gifts will be long-lasting. The Campolo Scholarship Fund is an endowment which supports the current and future Campolo Scholars. Your gift invested in the Church and its leaders!

We currently have nine promising, bright and dedicated Campolo Scholars studying and preparing for ministry. Scholarships for three of these students – including our newest Campolo Scholar, Berdy JeanMary from Haiti – have been funded by interest earned from the growing endowment. The endowment is already fulfilling Tony’s vision and the Campolo Center for Ministry’s mission:providing scholarships to students who demonstrate the calling, gifting, and commitment to serve as pastors or ministry leaders in a church.

Thanks to the support of you and others, we also have three alums who graduated with no student debt. They are free from the burden of financial debt as they begin serving in ministry – what a blessing for them and the Church!

Thank you, again, for partnering with Tony in one of his most important commitments.

Please keep the Campolo Scholars in your prayers as they complete their education, training, and spiritual formation at Eastern University and Palmer Theological Seminary.  Join us in praying that these servant-leaders will be used by God to revitalize our churches and communities.